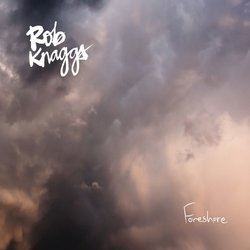 "Starting his 2019 showcasing to a 13,000 strong crowd at Woodford Folk Festival's Amphitheatre and a sold out show at Junk Bar, cellist Rob Knaggs' live performance is fast gaining a reputation with audiences for being evocative, emotive, and enchanting. After another two years braving the harsh Canadian winters in Manitoba living among polar bears and playing music for beluga whales, Rob Knaggs is back in Australia for a run of shows with his new EP, Foreshore. Recorded in Winnipeg and mastered by Birgir Jon Birgisson of Sigur Ros’ home studio Sundlaugin, Foreshore is a continuation of Rob’s cello driven compositions that are equal parts cinematic soundtrack and post rock. Taking influence from the ethereality of Bjork and the epic orchestrations of Arcade Fire, Knaggs runs his cello through an array of effects and loop stations to compose his spine-tingling works.


"A Natural Response is inspired by my time out on the Churchill River playing whale sounds to beluga whales, only to have them approach the boat and vocalise in response."