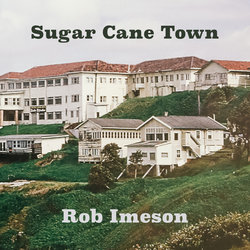 Rob Imeson has been playing music for the last 8 years solo and with his family band, The Family Tree.
Rob has released one full-length studio album, “There’s A Woman Waiting” (2014), as well as an EP with his family, titled, “Mountains Of Memories” (2016).
The latest EP, “Old Welcome Feeling”, is a great example of a songwriter making his mark as a true, Australian storyteller. Produced by country music sensation, Catherine Britt, and featuring the sublime skills of Bill Chambers, Michael Muchow, and Jeff McCormack, the EP is a fine representation of the Australian alt-country genre. The EP also features the beautiful talents of Rob’s wife Amy on back-up vocals and flute, as well as their daughter Molly on violin.
Many themes are covered in this release, including love of home, love lost, and love remembered. The first single, Sugar Cane Town, deals with young love, teenage pregnancy, and the feeling of being trapped in a small, country town forever.
Rob has been recognised for his songwriting skills by being a recipient of John Butler’s ‘Seed’ funding in 2009, as well as by other artists covering his songs, such as the Australian Folk ensemble, The Bushwackers.


The first single, Sugar Cane Town, deals with young love, teenage pregnancy, and the feeling of being trapped in a small, country town forever.