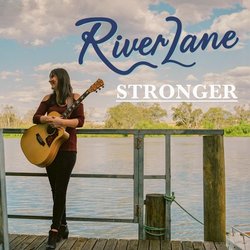 Growing up in regional South Australia River has the bragging rights of being the first busker in her hometown of Mannum (population 2164). This is a town where the mighty Murray River runs through which has left an indelible mark on River’s style

‘’Stronger to me is about beating my demons and realising I'm good enough, that I don't need to hide. I wanted it to be upbeat and powerful like we all deserve to be’’ - River Lane

River grew up listening to her fathers record collection of mostly 70’s rock. Seeing the way her father was lifted and transported by music struck a chord. The music bug was emeded and there was no turning back!

‘’He always has a story about where he was when he heard that song. I want to write a song that becomes a soundtrack to someone's greatest moments. I was always too shy to sing in public but it didn't stop me from learning a few different instruments growing up.

Stronger is taken from the forthcoming new EP