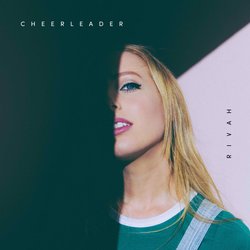 Fearless. The one word that kept popping up during the writing and recording of the debut material for Brisbane songstress, RIVAH. Splitting her time between Australia and the US to co-write, record and perform, RIVAH’s debut track “Untame” caught the attention of the industry across continents.

The result was a selection of songs for an EP, including the latest single “Cheerleader”, an earworm with a seriously catchy chorus that you’ll find yourself singing at any time of day. The single was developed over nearly a year, initiated with producer Jesse Sewell (Porsches, Super Cruel) before RIVAH returned to the track 8 months later to add the verses from a beach shack in northern NSW.

Growing up in a musical family, RIVAH has played a gamut of instruments over the years including keys and drums before making voice her weapon of choice after finding Lauryn Hill’s genre-bending, change-inducing album The Miseducation of Lauryn Hill. She also cites Major Lazer, Chance the Rapper and Childish Gambino as more recent influences.


RIVAH's latest single “Cheerleader” is an earworm with a seriously catchy chorus that you’ll find yourself singing at any time of day. RIVAH says about the track “I wanted to write a love song that wasn’t about romantic love. I guess I’m singing what I want to hear said to me.”