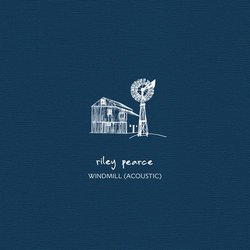 Breakout single ‘Brave’ has clocked up over 22 million plays on Spotify alone, making it clear that his reflective songwriting and chilled-out coastal vibes resonates with more than just folk music lovers.

Riley has supported artists such as LifeHouse, Lord Huron, Tash Sultana, Lucy Rose, and Kim Churchill. He won the WA Music Folk Song of the Year Award in 2019 and 2017, had his music featured on US TV shows Shameless and Shadowhunters, has signed to Free Trade Agency in London and sold out headline shows across Australia.


A beautiful acoustic piece by Riley Pearce. Showcasing his exceptional talent with the guitar, along with his sensual voice that compliments one another to create a track that will make you close your eyes, smile and sway with relaxation.