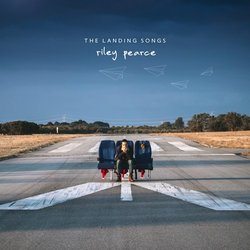 Breakout single ‘Brave’ has clocked up over 19 million plays on Spotify alone, making it clear that his reflective songwriting and chilled-out coastal vibes resonates with more than just folk music lovers.

Riley has supported artists such as LifeHouse, Lord Huron, Tash Sultana, Lucy Rose, and Kim Churchill. He won the WA Music Folk Song of the Year Award in 2017, had his music featured on US TV shows Shameless and Shadowhunters, has signed to Free Trade Agency in London and sold out headline shows across Australia.


My girlfriend Alex and I were travelling around Europe in a van last year for 5 months. On our way to Portugal the van caught fire in the middle of a Spanish motorway. I remember thinking that despite the sudden bad luck, both of us were still in good spirits and we saw it more of as a new adventure.