Amrap's AirIt | Australian Music Radio Airplay Project :: Indie :: Ride For Rain - Like What You Do 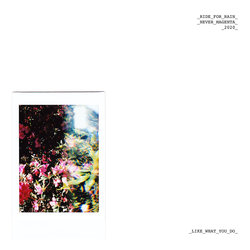 They effortlessly sway between hooky, melodic pop and a nostalgic sense of punk rock.

Ride For Rain have toured the east coast numerous times, have toured their first international shows in Japan and have had the honour of supporting icons such as Strung Out and The Flatliners.

The band have perfected their version of an indie pop charismatic sound with the nostalgic punk rock vibe they’ve always loved on their upcoming EP ‘Never Magenta’ due 2020. The boys teamed up with producer Stevie Knight (The Dead Love, Stand Atlantic, Yours Truly, Between You & Me) to record the EP.

Ride For Rain released the first offering from the upcoming EP last year called ‘Rules On Envy’. The single was aired on many radio stations across Australia and received positive reviews from Good Intent, AMNplify, HEAVY Mag and many more.

Ride For Rain have just released their new single ‘Like What You Do’.


Like What You Do burst right out the gate in proper Pop Punk fashion. Lush production, intelligent composition and a healthy amount of infectiousness are wrapped up in this new banger from Sydney's Ride For Rain. This one will have you singing along and moshing at your desk quick-smart!