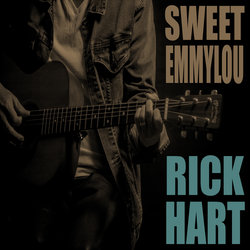 With a voice that floats with soulful warmth and honesty, Rick Hart is a storyteller, whose words and melodies weave through all the dynamics and extremes of human emotions and relationships. A tapestry of melody soaked simplicity and thoughtful imagery, influenced by the likes of Kris Kristofferson, George Jones, Rolling Stones, Springsteen and Tom Petty.

This multi award winning songwriter (2014 Songwriter of the Year, Australian Songwriters Association awards), seamlessly blends ingredients from country, soul, blues, rock’n’roll and folk to create a sound all his own.

For The Country Record said “Hart is a refreshing counterpart to the plethora of male singers who have gone awry of country tradition. Hart is a perfect antidote to whatever bro-hangover still looms over us and has the same refreshing appeal that Sam Outlaw’s debut album”.

2017 has seen Hart playing alongside the likes Bill Chambers and Things Of Stone & Wood. With his much anticipated debut album “Let Me In” is due in October 2017 and an accompanying tour, the future looks bright for this Melbourne storyteller.


From Rick Hart’s debut album (Let Me In), Sweet Emmylou is about being on the road and missing the ones you love. Written as an ode to his own wife (Vanessa) while away, Hart name drops his favourite female singer (Emmylou Harris) instead to compliment the song’s traditional country nature.