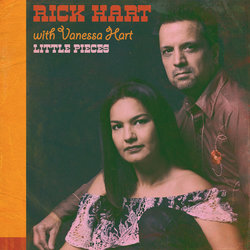 With a voice that floats with soulful warmth and honesty, Rick Hart is a storyteller, whose words and melodies weave through all the dynamics and extremes of human emotions and relationships. A tapestry of melody soaked simplicity and thoughtful imagery, influenced by the likes of Kris Kristofferson, George Jones, The Band, Rolling Stones, Springsteen and Tom Petty.

This multi award winning songwriter (2014 Songwriter of the Year, Australian Songwriters Association awards), seamlessly blends ingredients from country, soul, blues, rock’n’roll and folk to create a sound all his own.

For The Country Record said “Hart is a refreshing counterpart to the plethora of male singers who have gone awry of country tradition. Hart is a perfect antidote to whatever bro-hangover still looms over us and has the same refreshing appeal that Sam Outlaw’s debut album”.

Following the successful release of his debut album ‘Let Me In’ in late 2017, and a successful run of shows including a first visit to Tamworth, 2018 promises so much.


Little Pieces is a duet between Hart and his wife and backing singer Vanessa Hart. It is stripped back, melancholy, country tale of trying to get over someone but always encountering little reminders that make forgetting so hard. It is a heartfelt duet that remains true to its country traditions.