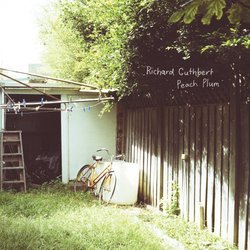 Richard Cuthbert is a songwriter's songwriter. Honest, doesn't pull any punches. He grew up in the 90s. Skating, extended summers, and Saturday morning watching Recovery.

Previously the singer and songwriter of the fluffy-pop acid-party outfit that was Cuthbert and the Night Walkers, Cuthbert signed to Broken Stone off the back of his earlier independent solo releases “Adventure Bay Rock” (2012) and Winterlude EP (2014).

“I’ ve known of Broken Stone for years now. I’ ve always loved the artists. I’ ve played lots of shows and collaborated with many Broken Stone artists. It seems only natural to finally make it official and join the family.”His spends his spare time as one quarter of the Sydney country / bluegrass band Green Mohair Suits and the guitarist in Broken Stone alumni band Richard in Your Mind.