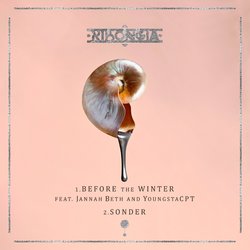 Since emerging in 2014 with debut EP It Began, the Sydney-based producer has been making music like no other. A seamless blend of envelope-pushing production and deft pop sensibilities, Ribongia draws inspirations from native indigenous sounds from around the globe. As a result, Ribongia has created his own league of original and curious club music.

His follow up and FBi Radio SMAC Awards Record Of The Year nominated EP Escapisms gained the attention and support from international tastemakers Nest HQ and Pigeons & Planes, as well as local support from Pilerats, triple j and community radio nationwide.

Ribongia has previously collaborated with hyped producers Clap! Clap! and Populous and has done official remixes for What So Not, Sofi Tukker, Sampology, Thundamentals, Ngaiire and Andy Bull. No stranger to Australian music festivals, Ribongia has appeared at Field Day, Splendour In The Grass and Subsonic, and shared stages with the likes of Flying Lotus, Africa Hitech, Gaslamp Killer, Opiuo and Shigeto. Alongside his own Australian headline shows, Ribongia supported Hermitude on their European tour last year, introducing his unique sounds to a global audience.


“Before The Winter” fuses pulsing electronica with paradisiacal rhythms, topped with sharp vocals from Sydney's Jannah Beth and verses from South Africa’s "most prolific rapper" (OkayAfrica) YoungstaCPT. YoungstaCPT's verse is an exotic tempo change, which swiftly binds the whole track together.

Other tracks by Ribongia: Sonder
%