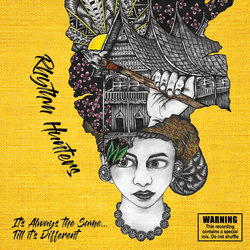 Drawing from the cultures of northern Australasia, to the traditional folk songs of Indonesia, and the electro beats of cyber culture, Rhythm Hunters is a unique musical and visual act that easily slides into many genres including world, folk, groove, electronic and cultural genres.

Original inspiration stems from the dream of celebrated multi-instrumentalist Rendra Freestone to create a visual fusion of Japanese Taiko drumming with indigenous music from the little known provinces of West Sumatra and Aceh, Indonesia. Over years of development a range of contemporary instruments have found their way into the group resulting in a very modern sound.


This track is the dance part of a the Salam Dunia song (4 parts). Salam means peace and dunia means world. Peace exists on large scale between nations, villages, and neighbours, in a family, between strangers but also inside oneself. Peace is we can cultivate and wish outward. That is the sentiment of Salam Dunia