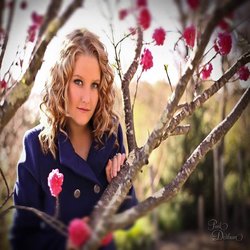 For nineteen-year-old country singer Rhiannon Cooke, being born with talent and a passion for music, was just the start.
She began training in singing and dancing at five, and held a vocal scholarship for six years at St Paul’s Grammar School Cranebrook. For the past 10 years Rhiannon has been studying vocal performance with Natalie Carboni while also studying guitar and song writing.
In 2007, Rhiannon won the “13 and under Vocal section” in the Sydney Eisteddfod - a big achievement for a 13 year old. In 2010 Rhiannon was chosen as one of the top eight for the Grand Final of the Contemporary Singer of the Year.
In 2013 Rhiannon placed highly in all categories she entered, but her most satisfying achievement at the 2013 Sydney Eisteddfod was when she won the Country Section performing one of her original songs from her recently released EP – Reflections.
For the past year Rhiannon has been regularly working as a session singer around the Hawkesbury and Hill’s Districts as well as being a singing teacher at local dance academy ‘Accent on dance’ and at Natalie Carboni’s Academy of Voice and Entertainment where she loves to inspire the younger performers.


"Swings & Roundabouts" is about the ups and downs all relationships go through but come out the other end smiling.