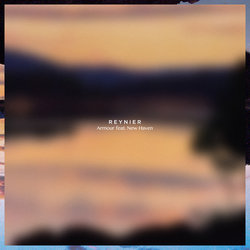 Introducing Reynier, a new project from indie/electronic Gold Coast producer Jordan Burns. Four years ago, Jordan began writing for Reynier without any purpose or agenda. The music came intuitively to him and his adventurous, light-hearted personality naturally poured into the tracks.

Reynier is about adventure. I love listening to music that makes me want to explore, travel and have new experiences. I want people to listen to this project and have a similar feeling; to get out of their comfort zone, go for a drive by themselves and create memories.
– Jordan Burns

No stranger to the industry, Jordan has previously created thoughtfully crafted dance and house beats under his own name and can often be found hyping up a dance floor late at night. Reynier is something organically different to this, transporting you on a special journey of self-discovery and freedom. It will make you feel… and that’s what he believes music is all about.

"Music is so powerful, one song can change someone’s entire mood, even their outlook on life. I want to be a part of that."
– Jordan Burns


The expansive first single from Reynier titled ‘Armour (feat. New Haven)’ is a tantalising debut from Gold Coast producer Jordan Burns. The track is skilfully built on a foundation of emotive chords and organic drums that provide a sense of gravity against the ethereal feature vocals from New Haven that threaten to whisk you away.