Retrograde - You. Me. Sanity 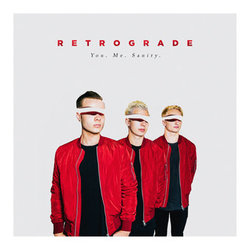 Sydney three-piece Retrograde are set to become one of the most talked-about newcomers on the Australian music scene, having honed their craft since early 2017 and creating a sound that they are really proud of.

Hailing from Sydney’s North Shore, Retrograde have cleverly curated an eclectic style that blends the sensibilities and sheen of synth pop with the raw guitar driven sounds of alternative rock. They use production and rhythmic approaches that could compare them to the likes of English protégés, The Wombats and Everything Everything, amongst other personal influences.

The birth of Retrograde - which features Samuel Edward (Vocals/Guitar), Cody Stebbings (Bass) and Austin Megier (Drums) - was somewhat accidental. “As I was writing demos for a band I was in at the time, I found it became increasingly clear that the music was deserving of its own project,” Samuel says. “I quickly contacted long-time friends (Austin and Cody) to see if they'd want a part in starting the new band.” And so begun a band that could vastly put electro-pop back in to the forefront of Australia’s industry.


It's infectious. It paints the picture of the beginning of something new – a personal change and the venture in to the headspace and lifestyle of a new found relationship. For the singer it represents what the band started as for him - A culmination of decisions to move forward.