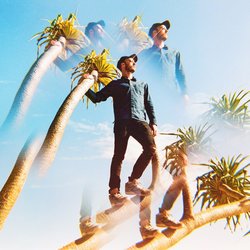 Resin Moon aka Dave Crowe, is a producer, songwriter, composer and musician living in Alice Springs, in Australia’s Northern Territory. He is one of the Territory’s best known musicians, producers and sound recordists, twice winning the NT Song of the Year for overall best song in 2013 and 2016.

As the artist Resin Moon, he recently played Bass in the Grass festival and showcased at Bigsound and Music Matters Festivals, before touring the Australian East Coast with Sydney act Boo Seeka. In 2016 Resin Moon released the acclaimed debut EP 'Salt', following up with a national tour and airplay on triple j, Double J and commercial radio. His follow up single 'Feels' featured on the Spotify viral chart top 10, as his EP reached over half a million streams on the platform, and over a million streams on Apple Music.