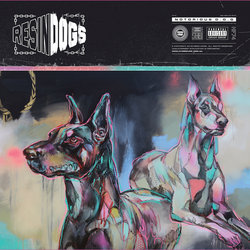 One of Australia’s most Iconic Hip Hop Acts Resin Dogs are back with a brand new album ‘NOTORIOUS D.O.G’ released on Friday November 23 through Hydrofunk Records.

Considered one of Australia’s most Iconic Hip Hop Acts Resin Dogs returned in 2017 with a brand-new single ‘Como No’ Feat. Essa. Released through Hydrofunk Records, the single featured UK artist Essa (formally Known as Yungun) and was Resin Dogs first new material in over 4 years.

Mixing together live music, turntables and guest MCs, Resin Dogs produce a mash up of sounds, truly modern Hip Hop that is drenched with Breakbeat, Dancehall, Dub and Funk. In the true revolutionary spirit of Hip Hop, Resin Dogs have continuously evolved their style, always staying a few steps ahead of the pack.

10 years in the making, the 14 track album ‘NOTORIOUS D.O.G’ featured an array of artists from across the globe and locally who were a part of the record, and featured singles ‘Como No’ Feat Essa, ‘Activate The Soul’ Feat Mantra, and ‘So Long’ Feat Kel On Earth. ‘Pack Your Bags’ is the latest single to be lifted from the album.


‘Pack Your Bags’ is the latest single to be lifted from the Resin Dogs ‘NOTORIOUS D.O.G’ album and is a song telling tales of touring stories throughout the years with the Dogs.