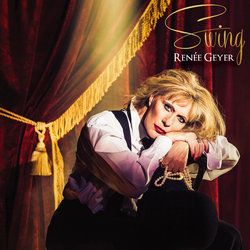 Recording standards made famous by some of the greatest in history is appropriate for a singer of Renée’s stature at this time in her career.

Renée Geyer’s career has spanned four decades and is still going strong. A jazz/blues, soul singer in her teens; Countdown royalty in her 20s; string of pop, soul, reggae hits spanning the 70s/80s; LA years in the studio with the likes of Stevie Wonder, Sting, Joe Cocker and Chaka Kahn; her 90s renaissance with Paul Kelly.
Her career began around 1971 when a girlfriend took her along to a rehearsal for a band. Her reputation found its way to America and led to an invitation to record with famed Motown producer Frank Wilson. While the Movin’ Along album provided another hit at home, in America ‘Heading in the Right Direction’ created confusion. R&B stations loved the record, but didn’t know what to do when they discovered Geyer was a white girl from Australia.

For a few years, Geyer bounced between Australia and America. Her career has never stalled. At the end of 1999, Geyer released her frank life story; Confessions of a Difficult Woman, and 2003 saw her release the Gold selling album Tenderland.