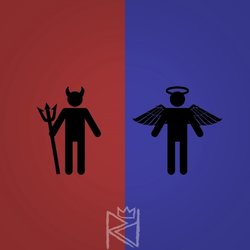 Remi-D is an Australian Hip-hop artist from Wollongong NSW now residing in Melbourne VIC Australia. Founder of Rap group Bluntz Kush Endo a 420 proud experimental group which broke up in 2016. After B.K.E was dismantled Remi-D went on to being a solo artist and studying at the Australian Institute of Music in Sydney, this is where he would go on to meet Bigg Vu and Jackson (Cherry Earhart) Grant who would soon become his business partners and fellow artist. After Co-Founding Run Records in Sydney he went on to follow his dream to move to Melbourne where he would then release his debut project Sedatives which majority of tracks would be produced and Ft. Bigg as well as two tracks with Cherry Earhart. Remi-D has opened for the likes of The Pledge Empire crew as well as supporting and opening for Coast & Ocean. Remi-D uses his struggles in life with poverty, depression, drug addiction, and street life to motivate his music and his hustle mentality as well as bringing his love of multiple genres and history in the metal scene to mix with his crazy and comical personality to bring his own experimental style to his music.


Indecisive Ft. Bigg is the first single off Remi-D's debut album "281 Days". Originally this was a track owned and made by Bigg Vu for his RnB album, but he felt it was more suited for Remi-D's sound. This track is about being held back by the person you love and not having the time to be messed around with.