Reg Lindsay - Before The Dawn 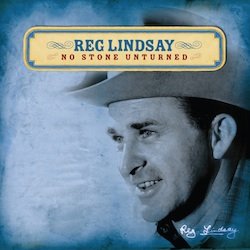 He has recorded over 65 albums and 250 singles; won three Golden Guitars at the Australasian Country Music Awards; been awarded the Order of Australia for his services to music; had his own top-rating, nationally syndicated television and radio programs; wrote more than 500 songs and toured every inch of this great continent.

In addition, Reg has tasted success in the United States, taking his own brand of country music back to the sources.

He has appeared on the Grand Ole Opry numerous times; represented South Australia at the Texas Sesquicentenary Celebrations; been made Honorary Citizen of both Tennessee and Texas; received an award for Excellence of Performance from the Texas Senate; and became the first Australian country artist to be officially recognised with a plaque on Nashville’s Walkway of Stars


In the mid 80’s where Reg. started writing this song while in Nashville and completed the track on his return to Australia. A deep song written from the heart during sad times

Other tracks by Reg Lindsay: Country All the Way  -  No Slowin Down
%