Red Morning Light - Over and Confused 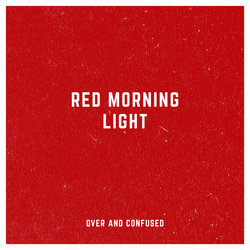 With raw power and young ferocity, Adelaide trio Red Morning Light are about to take Adelaide’s music scene by storm… but the band, featuring Brothers Stefan (Vocals/Guitar) and Daniel Fedele (Bass/Vocals), and cousin Mathew Fedele (Drums), are far from new on the scene having spent most of their childhood playing music in venues around the South Australian capital.

Many may remember them when they first formed in 2007 under the guise of “Forbidden Envy” at just eleven years of age – on average. With the band moving out of their teens, new life experiences under their belts and a slew of new and old bands – the likes of Foo Fighters and The Maine – having helped to inspire and develop their new alternative rock hooks, they’ve naturally diversified and progressed in to what warranted a rebrand to Red Morning Light in late 2018.

With a strong passion to write, record and perform live with the backing of big ambitions, the band will strive to create and share new music with the world, as they embark on this new chapter.


Utilising harmonizing vocals and gritty guitar riffs, “Over and Confused” lends on the theme of betrayal and regret, being the victim and coping the realities of lost respect, while presenting itself as a vessel in which to assist in that coping.