Red Jezebel - Your Days Are Numbered 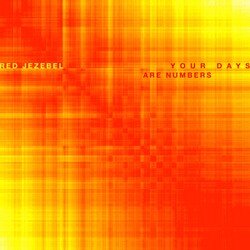 On the tenth anniversary of their debut album Revelations, RED JEZEBEL have let a new single out of the bag. Your Days Are Numbered is a taste of the band's third album (and first since 2007’s How I Learnt To Stop Worrying) which is due out in March 2015.

For a band that’s often managed to pair the artistic road less travelled with high profile supports (Garbage, Elbow, Powderfinger, Jebediah, among others) and national airplay for tracks such as Kicking Deadly Sins and Devil’s Advocate, RED JEZEBEL have always continued to evolve, wonderfully oblivious to the musical trends that surround them.


The new track is unlike anything the band has released before, which is an achievement in itself given the eclectic nature of the band’s catalogue from the last 17 years. A mixture of rock and glitchy indie.