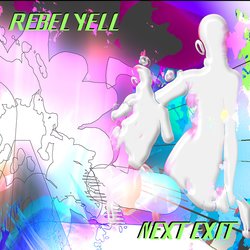 Steaming out of underground electro-pop outfit 100%, Rebel Yell is Grace Stevenson’s solo project which has been captivating crowds and critics since the release of her debut EP 'Mother of Millions' (Rice is Nice,2016). Rebel Yell is rapidly gaining a reputation as one of the most daring, ground-breaking and promising electronic acts in Australia.

'Hired Muscle', the debut album for Rebel Yell will be released on June 22nd.


Next Exit is the fourth single to be lifted from Rebel Yell's forthcoming debut LP, Hired Muscle. It explores the illusion of movement within animation and games and the focus on forward momentum as a means of achievement.