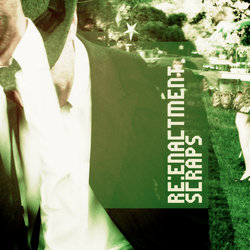 Since 2007, Re:Enactment have become a staple live band in Brisbane with a reputation for bringing the party in a Dance-Rock fashion. As a key band on the excellent DIY collective LoFly Records (Mr Maps, Nova Scotia, Toy Balloon), Re:Enactment are poised to break-through to national & international audiences. The band are managed through Paper Street Records while being signed to LoFly Records.

Re:Enactment’s sound is punchy, driving electro-punk reminiscent of bands like Soulwax, Crystal Fighters, and Yeasayer. See them live and we challenge you not to dance!


After the national release of their debut album “Sport”, Brisbane Electro-punkers Re:Enactment continue the party by releasing their new single “Scraps,” the 4th lifted from the album. “Scraps” is an upbeat, sing-a-long dance track packed into 4 minutes & 2 seconds of head-nodding electronica goodness.