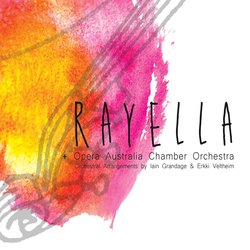 Hidden away in one of the most remote locations in Australia, in the Marlinja Community, NT, is RAYELLA. They are an Indigenous father and daughter music duo, Raymond and Eleanor Dixon who sing in English and Mudburra.

Despite their isolation from mainstream Australia, Rayella come from a long line of musical history. Raymond Dixon was a guitarist with the Kulimindini Band who released three successful albums throughout the 1980’s and 1990’s. Ray’s daughter and lead singer, Eleanor Dixon, was raised during this era and as a result of a rich musical upbringing has been singing for most of her life.

Eleanor has assumed an important role as a strong Indigenous female leader sharing her messages and stories to empower other females of all ages to feel confident and proud to step-up and chase whatever their dreams and goals in life may be.

Rayella’s list of achievements in the short time they have been performing together is testament to their ability to enthral, engage and delight audiences. Their lyrics, all written around the campfire in Marlinja, have taken them from their local stage in Tennant Creek performing to family and friends to capturing the attention of Brian Ritchie (Violent Femmes).


This Goodbye song is based on Aboriginal history of when their loved ones leave and pass on and they tell the spirit to go back to their country. This song was written after a close family member of Rayella's passed away which helped them through their own grief.

Other tracks by Rayella: Warlu Ka  -  What Am I doing Wrong