Rambutan Jam Band - Doing What They Taught Us 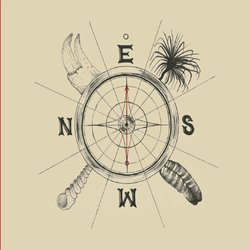 Formed at high school originally as a Funk and Blues three piece, the band has grown into a force to be reckoned with – its unique sound and electric live shows compared to an integration of Sticky Fingers, Kings of Leon and Ocean Alley.

Mixing beefy basslines, silky falsetto, dub beats, tight skanks and smooth bars, RJB have won fans and a passionate following not only in Australia but from Ireland to South Africa, New Zealand to Argentina.

Now based in Melbourne, the boys are hoping to win over the city with their distinctive north Australian sound – by fetching the tranquility of the bush and the monsoon's cyclonic fury to the big smoke.


'Doing What They Taught Us' is about the rigid education system in place that ultimately teaches us how to act and live life. Through ambient, melancholy verses and heavy, intense choruses, frustration is expressed for how our minds our moulded since we are young and its repercussions later in life.


Other tracks by Rambutan Jam Band: East Point  -  One By One
%