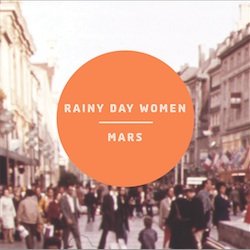 Rainy Day Women signalled their arrival on the Australian music scene in 2012 when the band’s first single ‘Sleigh bed’ won the WAM song of the year.
The band followed up ‘Sleigh bed’ with the release of the ‘Friends’ EP and “Aint it time’ single; building a growing fan base around the country as a consequence of solid airplay on community radio and Triple J underscored with national touring.
In 2013 Rainy day women were named the most played Unearthed artist on Triple J and also won WAM’s best pop act of the year award.


Mars takes the poppy celebration of 60s music that's been a marker of the band’s unique creations, and adds a soft complexity that promises something new in every play. A vortex of sweet vocals, crisp melody and cheeky brass, there’s a good chance this song will bring on early Spring.