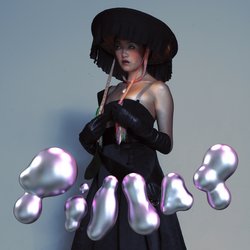 As one of Australia’s most innovative multidisciplinary artists, Rainbow Chan has built a uniquely recognisable reputation upon vibrant aesthetics, a deep understanding of pop conventions and continuous celebration of her Chinese heritage. Her last three singles “Love Isn’t Easy”, “Promises” & “CSR” all found love over on community radio airwaves, as well as rave reviews from online tastemakers Noisey, Frankie, Tone Deaf, Junkee & Acclaim. Her debut album Spacings and follow up EP Fabrica both found critical acclaim within community radio spheres, having been chosen as feature album across FBi, Radio Adelaide and RTRFM, making her FBi radio’s most played artist of 2016 and winner of the FBi SMAC Award for Best Song of the Year for “Let Me”, as well as nominations for Best Live Act, Record of The Year and AIR Best Dance/Electronic Album.


Opening the album “Oblivion” melds slow and tender melodies with sharp and decisive production. Highlighting Rainbow's angelic yet powerful voice with a pitch shifted filter and gentle keys, Oblivion is the perfect midway point between Rainbow's wealth of influences, derived from her mastery of many creative fields.

Other tracks by Rainbow Chan: Lull
%