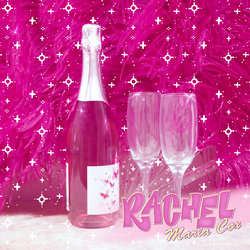 Cox has taken their live show to Groovin The Moo, BIGSOUND (named a highlight by The Line of Best Fit) and beyond, supporting everyone from Georgia Maq (Camp Cope) & La Dispute to Alex Lahey & Ruby Fields.

This year, Rachel Maria Cox will drop their third full length release with the support of the AmericanExpress MusicBackers Grant.


Premiering via triple j's Home & Hosed, Prosecco dives deeper into Rachel Maria Cox's pop sensibilities, turning the classic love-drunk pop song on its head by telling it from the point of view of them being several years sober without losing its sparkle and sense of fun.