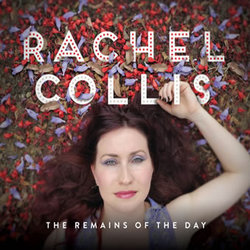 Highly acclaimed songstress Rachel Collis is a “welcome jolt back to the time of Jim Webb, Carole King and Joni Mitchell” (The Orange Press). Hailed by critics as a songwriting “genius”, “prodigy” and “the great underground talent of her time” (Curtain Call), Rachel is sweetness, sophistication and good old-fashioned songwriting.

In 2012 she burst onto the music scene with back-to-back sell-out performances at the prestigious Riverside Theatres of her one-woman show “The Art Of Letting Go.” She has performed at the Sydney and Adelaide Fringe Festivals and at music and folk venues and festivals across the country. Her 2014 release "Nightlight" - produced by Rachel and Sean Carey (Thirsty Merc) - was released to critical acclaim and has been described as “a beacon for folk-cabaret” and "nothing short of exquisite; compositionally and performatively" (Syke On Stage). The album has grown Rachel a following of dedicated fans in the US, the UK and Canada. Her latest album, “The Remains Of The Day” will be released in October of 2016.


Inspired by the iconic Dickens’ character Miss Havisham, Twenty to Nine details the difficulties of moving on and removing oneself from the past. “I studied the novel in high school and her character has always stayed with me,” says Rachel.