Rachel By The Stream - Situation 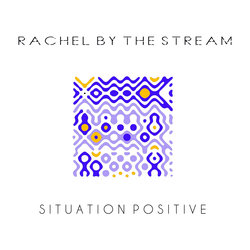 Melbourne-based duo Rachel By The Stream deliver a high-energy, animated sound that draws from pop, reggae and dance to create something completely unique “a totally distinctive talent” (ToneDeaf).

Their fierce musical and technical prowess sees them meld the live with the electronic through multi-instrumentation, on-the-fly looping, innovative sample triggers, and evocative vocals. An emphasis on song craft coupled with a massive sound and a positive message set dancefloors and hearts alight.

Now the pair are set to release their debut album Situation Positive on 25.11.16 (Bitnormal/Kinship).


Four dramatic guitar chords, abruptly interrupted by haunting vocal drones, kick us into the album opener: ‘Situation’; a catchy reggae banger that builds and builds. Written as a 'dub prayer' and featuring dubs by Reuben Stone, this track is a summons to positive thought.

Other tracks by Rachel By The Stream: Wish  -  Mossy's Song