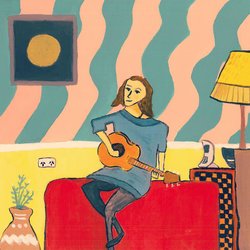 McArthur started writing songs at the age of 19, though she admits that her first songs were somewhat devoid of meaning – she was writing with structure but no substance. Things began to click into place when she attended a friend’s first solo musical performance. McArthur was so inspired she wrote a song as soon as she got home. This time she had something to say, and it showed. More songs followed, and she began to collaborate with her uncle Rich James, who created and performed all the instrumental arrangements for her debut self-titled EP, released in October 2018.

The offerings on this debut EP vary widely in theme. They include explorations of a difficult parent-child relationship, experiences with anxiety, a theatrical piece about a fed-up housewife and reflections on friendship and communication.

Rachael McArthur’s ability to write without feeling the weight of convention allows for a style that is unpredictable and, above all, very human.


Mother Superior is an autobiographical song written about the experience of feeling better than someone, and feeling guilty about that. It has a sunny, cheerful feeling musically, but the lyrics tell a more complex story. Combining rhythmic vocals with a catchy chorus, this song is almost poppy but may leave you reflecting on similar relationships in your own life.