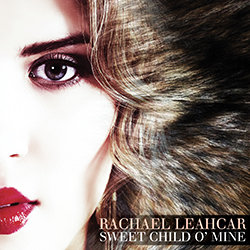 Rachael Leahcar is an Australian singer/songwriter whose rich, emotive vocals and powerful performances have connected with audiences all over the world.

She broke television records with her appearance on the first season of The Voice in 2012.

90% legally blind and an ambassador for the Royal Society for the Blind, Rachael strives to inspire others to achieve their dreams despite the many obstacles you can face in life.

After releasing two top 10 ARIA charting albums and touring a cabaret show of her life, Rachael is set to release her next album Shadows. She has been working on her music independently for the first time and is now ready to unleash her work to fans around the world.


“I wanted to give myself the challenge of finding the perfect rock song to make into a sweet ballad, and that’s what I did with Guns ‘n’ Roses’ Sweet Child O’ Mine. I rearranged it on my piano, added a beautiful string section and voila!”

Other tracks by Rachael Leahcar: What They Don't Tell You