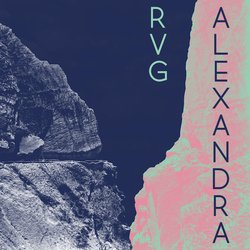 RVG have quickly become one of Melbourne's most beloved rock bands. After selling all 200 copies of the initial pressing of their debut album A Quality of Mercy on the night of their album launch at The Tote, the band have been playing consistently packed out shows all over their hometown. AQoM has been extremely successful on community radio in Melbourne and was awarded 3RRR Album of the Week and a Feature Album on PBS. It has been met with rave reviews from Noisey, Beat, and The Music. The Guardian wrote: "This album sounds nothing like a debut; it was a born a classic.”

The first taste of new music since AQoM, brand new single ‘Alexandra’, was released on May 15. The song premiered with Matt Wilkinson on Beats 1, and The Fader wrote: "For listeners who have been waiting with bated breath for new RVG, “Alexandra” will be a worthy payoff; the song... maintains the band’s raw energy while adding newfound depth and sheen. RVG are as tight and compelling as ever...There are few voices in indie rock as magnetic as Vager’s."


RVG’s Romy Vager: "I’m a huge fan of this period of Cale’s music. It’s a strange balance of honest and grandiose pain, it’s like watching a car full of cocaine drive over a cliff. We played this song at our first gig and people have been bugging us to record it ever since so I’m glad that it’s finally around."