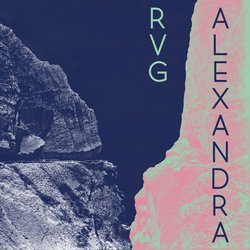 Hailing from the northern suburbs of Melbourne, RVG — more formally, but less frequently, the Romy Vager Group — self released their sensational debut full-length, A Quality Of Mercy, in 2017. The LP is an eight-track collection of tight, incisive post-punk/retro-pop infused with a liberal dose of downcast catharsis, confessional lyrics and downright infectious hooks.

The four-piece band is centred on singer-songwriter and namesake Romy Vager, who self-describes her influences as including the likes of the Psychedelic Furs, UK post-punk/neo-psych quartet Soft Boys and Queensland indie icons the Go-Betweens. Featuring members from The Galaxy Folk, Drug Sweat, Hearing, Gregor and Rayon Moon, the individual musicians are no strangers to the Melbourne scene, and they utilise their experience and talents to sublime effect both on their recorded music and in their incredible live shows, with their individual contributions, including the guitar work of Reuben Bloxham, the bass action of Angus Bell and mad drumming skills of Marc Nolte.


“Alexandra” was recorded at Head Gap studios with Victor Van Vugt (PJHarvey, Nick Cave & TheBadSeeds).Alexandra’s instrumental was recorded live to track, all instruments at once.

RomyVager describes “Alexandra” as a song which came together quickly, but which felt like it uncompromisingly needed to be recorded. The song is an allegory for the broader oppression marginalised people are subjected to.