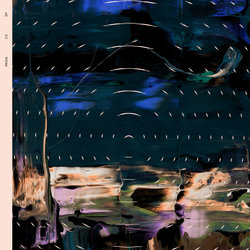 Emerging in early 2015, Melbourne three-piece RKDA (pronounced arcadia) exudes a unique style, both visually and sonically through their exploration of eccentric underground electronic beats. 2015 saw RKDA join Perth's Flower Drums on their 28 Mansions tour, as well as hit the decks supporting the likes of Milwaukee Banks, Yeo & more, with those live experiences spurring the trio to spend the summer focusing on their debut EP.

Entrenched in a rich mass of local electronic acts, RKDA has built on their 2015 releases META and Spaces with the release of debut EP CS. In March this year the industrial electronic outfit shared the first taste of CS with brooding single Quartz. Written across various continents including the US, UK, Japan and Australia ‘CS’ demonstrates RKDA’s versatility and their growth in song writing in such a short amount of time.


Frontline is the first RKDA track to feature Ana as a vocalist, and has a genuine eerie quality about it's slow, droning sound.

Other tracks by RKDA: Quartz  -  Coffee
%