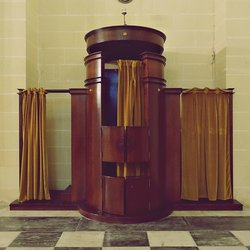 Having just spent the past 18 months working on her debut E.P ‘Serotonin’, RAYN has just released her first single 'OMM' which is being described as 'irresistibly sultry'. In its first few weeks 'OMM' was played on Triple J unearthed & spun twice on BBC introducing in the UK as well as being added to over 300 playlists which include artists like Khalid, Snoh Alegra & Daniel Caesar.

RAYN is a strong believer in expression, whether it's sexually, mentally or physically. Growing up in a small town in Northern NSW, RAYN was one of the only “Tom boy” Australian- Europeans, which I in time helped her develop tough skin. While other kids were playing video games or chatting on MSN, RAYN was putting pen to paper, desperately trying to make sense of the world. It seems the things that set her apart back then seem to be the very things you'll fall in love with now. Creating an infectious blend of soul, pop, and contemporary R&B, her music has an ease about it. Sensual lyrics, euphoric guitars and lush harmonies. RAYN is carving the way for people who don't fit the mould, reminding us that it's ok to be different.


Written on her bedroom floor in London, 'Yes' is an intimate track from RAYN, pulling you in as if you were reading a love letter you shouldn't be. A departure from her recent single 'OMM', 'Yes' shows her versatility as an artist.