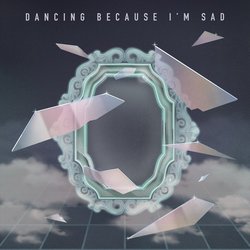 dancing because I’m sad follows on from the frenzied and unpredictable stabs and will feature on their forthcoming EP, due later this year. The track adds to 2018 single SUDS and breakout singles 2 U XOXO and k bye which has seen the dance-punk trio harness an army of devoted fans.

Famed for their undeniably jubilant live show, in the past year, RAAVE TAPES have completed a national headline tour, including a sold out 800+ capacity takeover at the Cambridge Hotel; showcased to packed rooms at BIGSOUND and were invited to perform alongside The Gooch Palms and West Thebarton. The festival favourites have also performed sets at Groovin The Moo, Yours and Owls, Mountain Sounds, Psyched As Festival, The Hills Are Alive, Best Night Ever with DZ Deathrays, Dune Rats, WAAX and Gooch Palms and co-headlined the Mountain Goat Valley Crawl.


dancing because I'm sad explodes with foreboding beats and vicious hook to provide the ultimate in sonic warfare.

An ode to shirking responsibility and indulgent self-sabotage, the track explores one of society's destructive ways of dealing with personal issues, by completely ignoring them and going off the rails for the evening.