R.L Jones - Everybody Wants To Be Your Friend 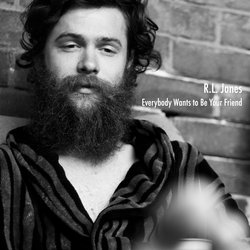 Rohin has continued to write and record music since the band's final performance at 2011's Splendour in the Grass festival, with a full-length album expected early in 2013.

Splitting his time between his native Townsville and his newer ‘sort of’ home in Sydney, Rohin has found the time and the space to develop a host of new songs, some of which have been in existence for as long as two years.

'Everybody Wants To Be Your Friend' is the first of these to make its way to the surface; a loose, jangly and distorted affair which features a very special guest vocal performance from Adalita.

Sounding "more like mario kart and beers" than The Middle East's atmospheric folk, R.L.Jones will perform on FRIDAY JUNE 22 at Brisbane's Old Museum with The Blackwater Fever, Pete Cullen, John & Alexander and Dom Miller. Joining Rohin on stage will be his former TME band mates Jack Saltmiras on guitar, Tim Barwise on bass and Mike Haydon on drums as well as Steve Wright from Joseph Liddy & The Skeleton Horse.

'Everybody Wants To Be Your Friend' is his debut single, and features a very special guest vocal appearance from Adalita.