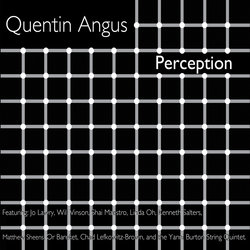 
An impressionistic piano introduction, leading into a soft, melancholy and melodic theme, before building to enter a hard hitting unison riff section. A bass and drum feature follows before the song tapers of, slowly building again to finish with a bang.

Other tracks by Quentin Angus: Red and Yellow  -  Restoration