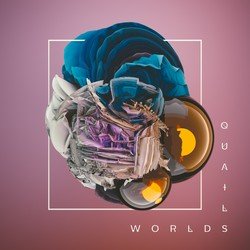 Following release of the debut EP, QUAILS collaborated with up and coming artists Max Liese, Sondrio, Lockjaw and Jordan F, the latter collaboration securing a sync in the Netflix movie ‘Death Note’. After a year spent traveling, writing and recording, QUAILS released “We Don’t Need Entertainment” to conclude 2017. The single featured remixes by Sydney outfits The Nights and Tunnel Signs and from further afield, Berlin DJ/producer Tallah and DJ/producers Owe Money Pay Money (O$P$) from Singapore.

Now, 2018 brings the release of sophomore EP ‘Worlds’, a six track excursion into the space between love and loss. ‘Worlds’ includes “We Don’t Need Entertainment” and the new single “Lost In You” and is released through So Solid Records.


“Lost In You” is the second track produced with Barretso and one of the first written for the EP. An immediate song that brings together riffing vocals, sparse up-tempo beats and a chorus that moves the ear and body –it’s an infectious melodic groove that lives up to its message.