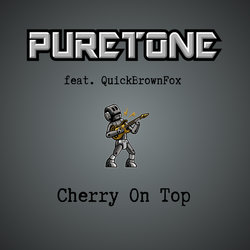 Puretone, alter ego of iconic Australian Producer Josh Abrahams, is most known for the worldwide hit “Addicted to Bass’, which was an indisputable smash hit achieving chart success worldwide;

‘Addicted to Bass’ received an ARIA nomination for ‘Record of the Year’ and ‘Music Video of the Year’; and won the ARIA for ‘Best Dance Artist Album’, and ‘Independent Release of the Year’. ‘Addicted to Bass’, through Puretone and Josh Abrahams, has nearly 4 million streams on Spotify, and the artists have around 120,000 monthly listeners.

Now Puretone return with ‘Cherry on Top’; a stunning pop/dance track, with a killer groove featuring the vocals of QuickBrownFox.


Cherry on Top is a melodic, uptempo pop/dance track from Puretone, who gave the world 'Addicted to Bass'.