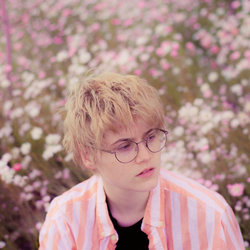 Priscilla have only been out and releasing music since 2018, but have already been referred to as “the Electro-Pop sound of the future” (Max Lewis - Purple Sneakers). With a sole purpose to move you with passionate lyrics, hit you with harmony and make waves with endless breakneck bops, Hayden from Pilerats will tell you “Priscilla's swirling melodies have won us over time and time again.”

This WAM nominated act (2019) began with a love for synthesisers and major chords, but quickly gained a reputation in both WA and the east coast for thoughtful lyrics, dance beats, sparkly production and their positive LGBT representation. Backed by music described by Declan Byrne on Home and Hosed (about one of their latest releases Feeling Higher) as pop music that’s “glittery but then it hits with a huge, huge monsoonal force.”


Circles sees Priscilla at their peak featuring lush synth production and driving bass lines and Priscilla Gardner taking centre stage as a vocalist and songwriter with haunting vocals painting the story of themselves as the boy, cycling around the neighborhood afraid to go home weighed down by the inevitability of coming out.