Primitive Motion - Same In The Same 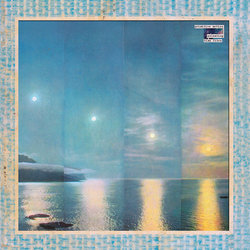 
Another quick 'shooting star' length track by Primitive Motion. Sandra Selig's ethereal vocals pertain a mysterious quality, ala Twin Peaks, whilst hovering over the retro-futuristic instrumentation, guiding the track from one side of the sky to the other. Blink and you will unfortunately miss it's other-worldly beauty.