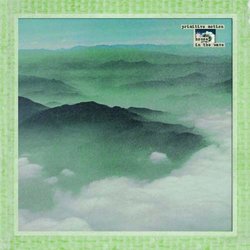 Following the extended cosmic forays and short-form pop studies of 2015’s Pulsating Time Fibre, the duo, Sandra Selig and Leighton Craig recorded the album across Sunday afternoons spent in Selig’s home studio in Brisbane. The result is a meditative suite of dreamy piano-based songs, captured live at the point of conception and teeming with the incidental sounds of both the studio and surrounding garden.

With the ‘record’ button pressed, the days spent in studio document the process of composition: the rustle of lyric sheets and unintended room sounds are also accompanied by birdsong and an approaching storm.

The studio space itself becomes a palpable presence as Selig moves between rooms while playing her saxophone, the improvised melodies floating out of the studio, lilting and melancholic.

In the process of reducing their sound world to the barest of instrumentation (at times just voice and piano), Primitive Motion revels in the beauty of the unadorned song, creating the purest distillation of their ‘dream-float’ music to date.

Housed in a stunning package, including printed inner sleeves and signature Primitive Motion artwork of lost and imagined worlds, House in the Wave is a beautiful and intimate work by a band constantly evolving their sound.


A captivating a beautiful track which would be a perfect soundtrack to accompany our inevitable drift into the abyss.

Other tracks by Primitive Motion: Know the World  -  Black Shapes of Mountains
%