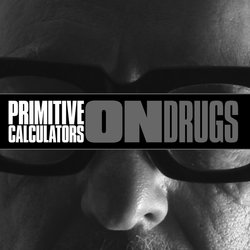 Primitive Calculators met as teenagers in the early 70s, growing up in the grim outer Melbourne suburb of Springvale. They did not belong. They were inspired by loft music like The Fugs and The Godz as well as suburban boogie bands, disco, pop and psychedelia. When they heard the Ramones they knew their era had arrived. The band officially formed in 1978 and they developed a network of likeminded friends around which the legendary Little Bands scene grew. They released their debut single : I Can’t Stop It/ Do That Dance in 1979. The single introduced many to the impassioned, atonal, electronic chaos that was the Primitive Calculators’ trademark.The following year the band attempted to relocate to London and promptly broke up.

The 80's saw releases from friend and music archivist Alan Bamford, 1986; a central role in Richard Lowenstein's "Dogs In Space", in the early 2000's Chapter Music included them on the "Can't Stop it" compilation and went on to re-issue their back catalogue leading to renewed interest and their first ever studio record in 2013.

Primitive Calculators signed with Melbourne underground label It Records in 2016 and found themselves amongst like-minded friends and artists once again.


A blunt stupid unambiguous rant...Competition is spiritualised greed... Taking the worst of humanity & pasting it over the whole of existence as the basic principle of life... Species don't succeed because they compete but because they love ... Neoliberal rational economics is the most morally bankrupt system ever thought up.

Other tracks by Primitive Calculators: On Drugs  -  I Wish You Were Dead
%