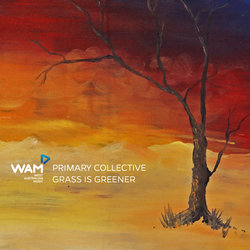 Primary Collective are a four piece rock band from the regional town of Merredin, Western Australia consisting of Jayden Crook (lead vocals, rhythm guitar), Neil McFarlane (lead guitar), Paul Madaffari (bass guitar, vocals) and Duane Ratima (drums, vocals). Primary Collective came together in 2016 as a vessel for the original tracks Jayden had been working on for WA Music's Road Safety WAMbassador Program. This quickly developed into fleshing out and writing new tracks as a band, drawing from their indie rock influences. Primary Collective have played various gigs around the state and have been involved in a number of WAM programs including the Wheatbelt Touring Circuit which culminated in a performance at WAMfest in 2016 and 2017. As well as being selected to be part of the upcoming WAM Demos of the Wheatbelt Project, Primary Collective have just finished recording their debut EP due for release soon. The band are focused on continuing to write and promote original music in regional areas.


Recorded at Merredin's historic Cummins Theatre, Grass Is Greener is the first track released from WA Music's forthcoming "Demos from The Wheatbelt" compilation due for release August 16th. An upbeat indie rock tune, Grass Is Greener is a tongue in cheek criticism and written from the POV of someone who is always dissatisfied, thinking there's something better around the corner.