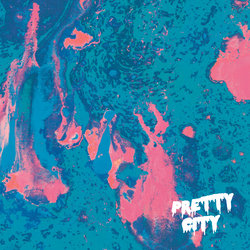 At its inception, Pretty City combined their love of Shoegaze stalwarts like the Jesus and Mary Chain and My Bloody Valentine with the 90s fuzz rock of The Smashing Pumpkins. As the band progressed, each member brought their varied influences to the table. What ensued was an increasing push and pull between disparate influences that caused an on stage chemistry that has continually grown in stature and grandeur.

The first half of 2015 has been spent capturing the undeniable onstage energy and translating it into the studio environment.

As well as tireless studio efforts, 2015 is off to a flying start in the live arena as well with the band supporting Ecca Vandal and 90s band, Jesus Jones at the Corner Hotel in Melbourne.

This comes off the back of an extremely busy year in 2014 with three singles and three East Coast tours, which saw them travel the country playing shows in regional and capital city locations. As well as their own tours, Pretty City supported Stonefield, played a festival alongside Lurch and Chief and Drunk Mums, and finished off the year playing New Year’s Eve at the Espy alongside Kingswood, DZ Deathrays and the cream of Australian music.

Other tracks by Pretty City: Running Around  -  Second Hand Clothes
%