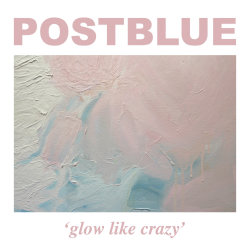 Postblue are a Melbourne-based Alternative Rock group that were born under the sunny skies of Byron Bay in 2012.
2013 saw the release of debut EP Lap Year, which scored the band national radio play and slots at Splendour In The Grass, and Poison City Weekender festivals, sparking national interest.
After migrating to Melbourne, the trio released their debut LP I Hope They’re Praying For Me in March 2014 via Poison City Records. The release saw a triple j single premier alongside acclaim from local music press. The record explored a grunge-driven expansion from their early punk foundations, showcasing pop structures and a far more mature approach to songwriting. The release, backed by rigorous national touring and performances with the likes of Violent Soho, The Smith Street Band, Citizen, and Break Even.
In July 2015, the group entered Sydney’s Studios 301 to track their brand new single Glow Like Crazy with Simon Cohen. The retrospective pop track sees the band exploring new, and familiar territories, blending 80’s/90’s alternative sounds with contemporary pop hooks.
Postblue's natural progression has been consistent over multiple releases, ensuring their musical legacy will continue to expand and evolve.


Postblue's 'Glow Like Crazy' brings a slightly more refined sensibility to their punk alt-rock sound, whilst still holding on to all the elements that made their previous releases so damn nostalgic and enjoyable.