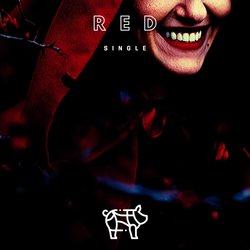 Porcine Assembly Line is a solo music project from Australian musician Brodie Roberts, started in the second half of 2018.

From 2010 to 2012, Brodie was a fixture of his local music scene in Bendigo, Victoria; playing live with two wild, abrasive alternative-rock bands. By the end of 2012 he was a drug-added mess, leaving both his home town and the music scene to get his life back in order. Since 2017, he has been writing and recording music with a renewed clarity and drive.

In Version 2, Brodie has switched to releasing regular singles. The first 2 of these singles were released in September and October of 2019 under a different name. They should be available on this artist page shortly.

In November 2019, Porcine Assembly Line will be releasing a new single called Red.


Red is a musical adaptation of the story of Little Red Riding Hood, told from the perspective of the Big Bad Wolf.

Musically, it centres around a calm mid-tempo groove with break-out choruses full of fury. The lyrics attempt to compare the Wolf's mindset to that of a psychotic stalker, prone to flights of animalistic rage.